A Pittsburgh insurance broker and a Richmond, Virginia forensic accountant have developed an alternative rating system for measuring the ability of life/annuity companies to keep their promises even in market crises. They call it the Transparency, Surplus and Riskier Assets ratio, or “TSR” for short.

The TSR ratio is counterintuitive: It gives the poorest grades to the private equity-affiliated companies that have grabbed such a big share of fixed indexed annuity (FIA) sales in recent years. The best TSR scores go to mutual and fraternal insurers, which are owned by and serve only their policyholders.

Matt Zagula, the broker, and Tom Gober, the accountant, are bucking a major trend. The PE-affiliated life/annuity companies claim to have increased their solvency by using offshore reinsurance and by investing in sophisticated structured securities. Their FIA sales have grown apace. But Zagula and Gober say that such practices would actually weaken the ability of these insurers to pay their annuity owners in the next financial crisis. The TSR is designed to reveal the weaknesses.

In one sense, they’re merely assembling a modest boutique business for agents who like selling FIAs issued by conservative insurers. But they’re also taking a stand—charging that several major annuity issuers insurers may not deserve their high grades from ratings agencies because some of their operations and assets are too opaque.

In developing the TSR, they’ve dug through reams of official regulatory filings to assess the quantity and quality of the investments that support promises that FIA issuers make to policyholders. “We’re trying to shine a light on some of the shadowy areas that the ratings agencies just don’t call out,” Gober told RIJ in a recent interview.

In the summer of 2020, one of Zagula’s clients inquired about the stability of GCU, a small Pittsburgh-based fraternal insurer that issues life insurance and fixed annuities. Unable to find a benchmark that satisfied him, Zagula called Gober, a Certified Fraud Examiner who serves as an expert witness in insurance fraud trials. “The TSR ratio was created because of a client inquiry into GCU,” said Zagula, a trial lawyer’s son and former high school wrestler from Weirton, WV, once the home of Weirton Steel, a world-class steel plate producer. “I found Tom and asked him to write a report about GCU’s financial stability. Together we stumbled onto a formulaic approach to a core consideration: the amount of high risk assets combined with non-transparent captive reinsurance transactions, compared with surplus.” [An insurer’s surplus is equal to its assets minus its liabilities.]

There’s a key difference between the TSR and the kinds of complex actuarial processes that an NRSRO (Nationally Recognized Statistical Rating Organization) would use when rating the financial strength of a life insurer. Formal ratings agencies show what percentage of a life insurer’s total assets are risky (i.e., residential mortgage-backed securities, collateralized loan obligations). The TSR tells you what percentage of a life insurer’s surplus are either risky or unidentifiable assets (i.e., assets sketchily reported by a reinsurer in a regulatory haven like Bermuda).

“The TSR ratio tells you, in one number, if these companies have been too aggressive,” said Gober. “The ratings agencies and regulators might say that only 3% of a company’s total assets are in the high risk category. That makes it sound like nothing. But the TSR shows that, for example, the risky assets might be equal to 120% of the surplus. The TSR gives us a meaningful way to migrate policyholders away from [companies with] high risk balance sheets.”

Here’s an example of a TSR calculation from the members-only section of the Smart Advisor Network website. We’ll call it XYZ Lifeco. (The numbers, all from the company’s public regulatory filings, are changed slightly to maintain the company’s anonymity.)

XYZ Lifeco has $200 billion in total assets and a reported surplus of $8 billion. Of the $200 billion, about $30 billion is deemed higher-risk by regulatory standards. These consist mainly of structured securities (bundles of mortgages or loans) and other exotic products that are either less liquid, complex or hard to value. The company also has about $2 billion in assets that are reinsured by one of its own affiliated life insurers.

Add $2 billion to $30 billion, divide by $8 billion, and XYZ Lifeco gets a TSR score of 400%. The lower the TSR ratio, the better. XYZ’s score is on the border of acceptable and too high for comfort. “We like to see a TSR of lower than 400,” said Zagula. “There are a few large companies that are a little over 400 and don’t have a bad pattern of going crazy with their investment policy.”

A TSR score of 400 means that surplus would be wiped out if the risky assets were marked down by 25%. In that case, the company’s assets would be equal to its reserves—what it owes policyholders—and any additional losses would mean insolvency. The problem is that several of the biggest sellers of FIAs have TSR scores in the thousands.

TSR in the thousands One prominent company affiliated with a giant private-equity holding company has a TSR ratio of more than 6,000. According to the Smart Advisor Network website, this company has a reported surplus of less than $2 billion but combined risky assets (Assets in the NAIC category known as “Schedule D” as well as assets reinsured by related companies or offshore) of more than $80 billion.

If those assets fell only 2.5% in market value during a financial crisis, all of the company’s reported surplus would vanish. This company has an A (Excellent) rating from AM Best, just under A+. An AM Best spokesperson declined our request for comment on the TSR approach.

The risky assets that contribute to a higher TSR rating include collateralized loan obligations (CLOs). Big asset managers can design tailor-made loans to companies with poor credit, then bundle the loans into CLOs. The senior tranches of these bundles are deemed investment grade but pay higher yields than the comparably rated corporate bonds that still make up the bulk of insurers’ general accounts.

Certain reinsurance practices also contribute to a higher TSR rating. Many life insurers reinsure blocks of in-force annuity contracts or even freshly issued annuity contracts. But when they buy reinsurance from a reinsurer in a regulatory haven like Bermuda, or a reinsurer that is a sister company in the same holding company, or when the reinsurer uses assets from a sister company to back the liabilities, those are all red flags for Zagula and Gober. They can’t readily ascertain the quantity, quality, or source of the assets backing the liabilities.

For instance, a life insurer in the US might reinsure $10 billion in liabilities in Bermuda, which uses so-called GAAP accounting rules instead of the SAP rules in the US, along with reserve assets to back them. Under GAAP, the liabilities can receive a lower valuation, so that the reinsurer might only need to post $7 billion in assets to back them. It then issues a “reserve credit” to the original issuer for $3 billion.

“The original issuer drops its liabilities by the full $10 billion but its affiliated reinsurer reserves only $7 billion, freeing up $3 billion for the original issuer to use however it wishes,” Gober said. “That’s not transparent. They should say, publicly, ‘We’ve dropped $10 billion in liabilities but our captive is only setting up $7 billion in assets to back them.’ But if they said it, no one would let them do it.”

A revolt against PE-led life insurers 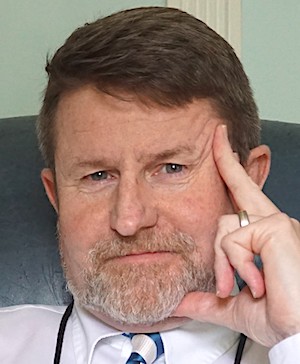 The creation of the Smart Advisor Network represents a kind of rebellion by advisors and agents who like the safety and upside potential of FIAs but don’t like the direction in which big alternative asset managers like Apollo, KKR, Blackstone have taken the life/annuity industry in.

Buying, investing in, or partnering with FIA issuers like Athene, Global Atlantic and F&G (respectively), the “insurance solutions” teams of these asset managers have revived yield-starved publicly traded life insurers by helping them move annuity liabilities off their balance sheets and add structured securities and private credit instruments to their general accounts.

Zagula and Gober are not the only ones who are wary of this trend. RIJ has published a series of articles about the trend, which we call the “Bermuda Triangle” strategy. Since 2011 or so, several academics have investigated it. These include Ralph Koijen of the University of Chicago, Motohiro Yogo of Princeton, and Nathan Foley-Fisher of the Federal Reserve.

Regulators are also watching this space. The National Association of Insurance Commissioners has closely tracked the rising use of private assets like CLOs, which closely resemble the CDOs (collateralized debt obligations) that helped cause the crisis of 2008. As RIJ has reported, other observers note the opportunities for conflicts of interest that arise when life insurers, asset managers, and reinsurers are closely affiliated.

Stock life insurers who have not yet partnered with PE firms have evidently expressed nervousness about structured products, which rely on financial engineering to deliver higher returns than corporate bonds at supposedly no higher risk. As a recent report from Cerulli Associates put it, “The resistance to structured products [among board members of stock life/annuity companies] comes from the memories of the great financial crisis.”

As an insurance agent, Zagula’s response to this trend has been to stop recommending the FIAs issued by PE-led life/annuity companies to his clients. As an entrepreneur, his response has been to start an insurance wholesaling organization doesn’t recommend products issued by PE-led or even publicly traded insurers. “We’re proud to be the first FMO to carry products only from mutuals and fraternal life insurers,” he told RIJ. Gober is a consultant to the business. The network has 186 member agents so far.

“It’s been a game changer for me,” said Terri Collymore, an Investment Advisor Representative, insurance agent and founder at More Advisory Group in Edina, MN, who joined Zagula’s FMO this year. “If you’re selling annuities and you don’t know about them, you’ll be in trouble. If you’re dealing with a stock company, you have to know their TSR. I tell my clients, ‘I work with a Smart Advisor Network, not a dumb advisor network.’” In return for a $197 per month fee membership fee, she said, she gets a wealth of support, data, and training from the Network.

This year, Smart Advisor Network launched Aquila X, an FIA that he calls a “unicorn”; it’s Zagula’s vision of the ideal indexed annuity. The issuer will be GCU, a $2.2 billion, Pennsylvania-domiciled, non-profit fraternal insurance company created in 1892 to serve the “Rusin” community. That is, Greek Catholics whose ancestors came from the “northeastern portion of pre-war Hungary, then-known as Uhro-Rusinia, now Slovakia,” according to GCU’s by-laws. They emigrated to Pennsylvania in the late 19th century to work in the anthracite coal mines.

Zagula’s FIA contract, Aquila X, offers a participation rate of 100% of the Barclays Zorya Index. It will differ from many FIAs in several pro-consumer ways, he said. Its crediting rates will be guaranteed for the 10-year life of the contract, not subject to surprise reductions by issuers. It will allow free withdrawals of up to 30% after the first three years. Its agent commission will be a percentage point lower than the usual rate, with the savings passed to the policyholder. Any used rider fees will be returned to the client, according to the Smart Advisor Network website. GCU has an ultra-low TSR ratio of 45%—its surplus is more than twice its level of high-risk or low-transparency assets.