Many for-profit US life/annuity companies do not use independent reinsurers. They use an affiliated or captive reinsurer in a jurisdiction like Bermuda, the Cayman Islands, Vermont, or Arizona. This makes their operations less transparent.

Any investor or adviser who relies on the products or services of the life insurance/annuity industry today should be aware that assessing the financial integrity of a company in that industry is more difficult now than in the past.

There are three reasons why: These trends are making it harder for agents, advisers, and investors to evaluate the financial strength and the trustworthiness of the life/annuity companies whose products they use.

That’s why I and my colleague developed the Transparency, Surplus and Risky-assets Ratio, or TSR Ratio. It establishes a new, easy-to-interpret benchmark that shows the relationship of a company’s higher-risk and off-balance sheet assets to its surplus.

We need to measure each life/annuity company’s holdings of high-risk, affiliated or opaque assets by its percentage of its surplus; not its total assets

The National Association of Insurance Commissioners concedes that life/annuity companies hold more risky, illiquid investments today than they once did. But regulators tried to minimize the threat of higher risk investments. Using CLOs as an example, the NAIC said CLOs were 2.6% of life/annuity industry’s total assets.

The NAIC also downplays the increasing amount of affiliated assets that some companies are holding. When a life insurer buys an asset from (invests in) an asset management subsidiary of its own holding company, it’s difficult for outside analysts to evaluate the value or riskiness of the asset. Its price or risk hasn’t been determined in the public marketplace, but by sister firms.

In 2021, for instance, Athene Annuity and Life of Iowa, the top seller of fixed indexed annuities, held $10.36 billion in stock and IOUs from affiliated companies—sister companies in the same holding company. In my opinion as a forensic accountant and certified fraud examiner, that amount of affiliated paper should be compared with Athene’s surplus of only $1.28 billion.

If just 12% of their reported affiliated paper became un-collectable in an economic downturn, Athene’s surplus—its buffer against insolvency—would vanish. If one of Athene Annuity and Life’s affiliates were to come under financial stress and not be able to pay Athene back, the negative impact on the other affiliates could be similar to a general national market downturn.

I don’t take issue with moderate risk-taking in an insurer’s investment portfolio. But if all of a company’s high-risk and affiliated and off-balance sheet reinsurance were compared to its surplus, its true financial strength would be more readily seen. If a life insurance company sold $4 billion in new annuities in one year with a surplus of only $250 million to support it, state insurance regulators would be concerned that the company might be taking on more new business than its balance sheet could safely support.

But regulators are less likely to be alarmed if that company moves most of those sales off its balance sheet; the volume of new business suddenly looks more manageable. I call this “lulling” the regulators.

The US companies can dramatically reduce the surplus required for new liabilities (i.e., sales) and eliminate the penalties for holding riskier assets in its general account, by sending the new business to an affiliated reinsurer in a favorable jurisdiction. If they sent the business to an independent reinsurer, that reinsurer would demand top dollar for assuming the liabilities, and the transaction wouldn’t yield any great savings for the original issuer. Absent fraud, most transactions with independent reinsurers are generally arms-length or fair and reasonable.

So, many for-profit US companies do not use independent reinsurers. They use a friendlier affiliated or captive reinsurer in a jurisdiction like Bermuda, the Cayman Islands, Vermont, or Arizona. In these locations, because of differences in accounting standards, the required surplus and/or the risk-based penalties appear lower. In addition, the affiliated reinsurer might be less choosy when accepting risky assets in support of the liabilities, because they are all under common control and the savings all accrue to the same holding company.

Reinsurance in affiliated, unauthorized or offshore reinsurers is reducing the financial transparency of life/annuity companies, making it difficult for the public to determine the financial strength of annuity issuers.

Leading issuers of FIAs today are using unorthodox types of  reinsurance to increase their ability to hold risky or affiliated assets and to increase their sales capacity without increasing their capital requirements. Virtually all the larger for-profit annuity carriers are engaged in medium to high levels of affiliated and offshore reinsurance; most of which I consider to be more for financial engineering than bona fide risk transfer.

Reinsurance, done properly, can assist insurers in long-term planning and help avoid spikes in claims. In traditional reinsurance, the carrier “cedes” blocks of business liabilities (death claims, annuity payouts) to another independent company. That assuming company takes on current and future claims liabilities and stands ready to pay to the ceding company all claims made on those blocks of business.

Unfortunately, some insurance executives have found ways to game the already complex and arcane reinsurance process. I consider these transactions of offloading liabilities (future death claims or annuity payouts) to be a greater risk to annuitants because of the complex, arcane and opaque nature of captive or offshore affiliated reinsurance. The magnitude of such opaque deals is troubling.

Some carriers create domestic, affiliated captive reinsurers in jurisdictions such as Vermont or Arizona where their financial information is statutorily made confidential. This lets them fund their liabilities with far less assets than the ceding carrier itself would need to fund the same liabilities in their own state. Some cede or offload large amounts of liabilities to affiliate reinsurers in  “secrecy jurisdictions” like Bermuda, Barbados, the Cayman Islands, or even Malta.

Typically, this strategy allows a form of regulatory or accounting arbitrage. A life insurer knows that if it can reinsure annuity business under Generally Accepted Accounting Principles in Bermuda, for example, instead of Statutory Accounting Principles (SAP) in Iowa or New York, it will enjoy certain advantages. Its required reserves for new liabilities might be smaller, penalties for holding risky assets might be lower, and the recognition of certain large expenses (such as commissions) might be spread over many years instead of in the current year actually paid. 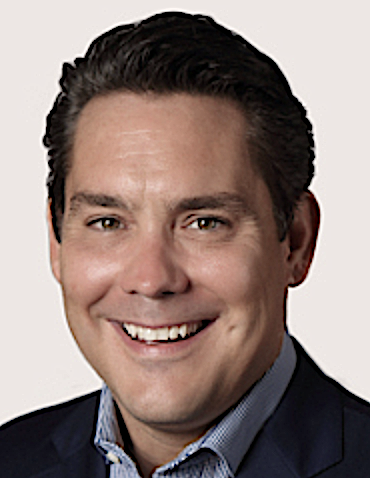 To convert all of these factors into a metric that advisers and policyholders can use to distinguish low-risk, transparent annuity issuers from higher-risk, opaque annuity issuers,  I and a colleague, Matt Zagula of Smart Advisor Network, have turned the relationship between risky assets, offshore reinsurance, and surplus, to a single ratio: the TSR.

TSR stands for Transparency, Surplus and Riskier Assets. To calculate this metric, we add a company’s dollar amount of higher-risk, less-transparent investments plus its  dollar amount of higher-risk, less transparent ceded reinsurance and divide the sum by the surplus reported on the insurer’s annual statutory filing. The lower the ratio, the lower the exposure to excessive risks. We’ve seen TSR scores ranging from the lowest at 25% to the highest of 8,300%.

With a TSR of 25, a company could write off the entire amount of higher risks and it would still have 75% of its surplus. But with a TSR of 8,300%, if only 1.6% of the higher risks had to be written down, the surplus would go to zero.

Annuity carriers have seen their total assets skyrocket in recent years; so, too, have their liabilities. This has left them with even thinner surplus. The TSR ratio puts both asset and reinsurance risks in perspective by comparing them with surplus. The work necessary to arrive at the final TSR is complex and requires peeling back many layers of numbers, but our single ratio makes it easier for agents, advisers and investors to assess risks relative to surplus.

Tom Gober is a forensic accountant and certified fraud examiner based in Virginia.