If annuities in general incite controversy, FIAs are easily the most polarizing annuities. Just listen to what Howard Kaplan, an LPL adviser in the New York area, and Harry Keller, a Philadelphia-area adviser affiliated with ING Financial Partners, have to say. 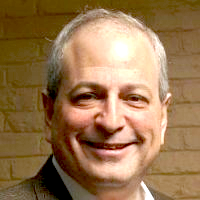 Do you want to know what really steams Howard Kaplan? It’s when the LPL-affiliated adviser watches CNBC and hears a talking head speak dismissively about fixed indexed annuities, a product he knows a lot about and likes a lot.

Recently, CNBC Shelly Schwartz financial reporter said, “In the context of bond alternatives, fixed index annuities also bear mentioning—if only to urge caution.” When Kaplan, a CPA and financial planner, hears such things, he jumps on the phone or starts typing protest letters.

Do you want to know what infuriates Philadelphia-area adviser Harry Keller? It’s when he turns on CBS radio and hears Phil Cannella, host of the “The Crash-Proof Retirement Show,” trash the securities industry and boast of an unnamed, zero-risk, no-fee product for retirees that eventually turns out to be an FIA.

“These products are still being mis-sold, and the sellers are still taking advantage of seniors,” Keller told RIJ. “There are more consumer protections for time-shares and gym memberships than there are for fixed indexed annuities.”

No financial product sold in the U.S. today triggers stronger emotions and opinions than fixed indexed annuities (or equity-indexed annuities, as they were called from 1995 to 2007). Annuities in general tend to provoke controversy, and FIAs are easily the most polarizing annuities.

A decade ago, chances were that you’d find only insurance agents on the “pro” side of the FIA fence and most if not all securities-licensed financial advisers in the “anti” camp. But with FIA sales reaching $10 billion per quarter, the frontier of that debate has drifted across channels. Today, a registered representative may be either for or against FIAs.

Last week, in the first of RIJ’s series on FIAs, we heard from broker-dealers about this product, which works like a structured note (bonds with a dash of equity options), but wrapped inside an insurance guarantee and blessed with the (rarely exercised) potential for conversion to a life annuity.

This week, we hear about FIAs from two independent financial advisers: Kaplan, founder of Kaplan & Co., a New York metro area adviser with a Harvard MBA, and Keller, founder of Financial Independence Group in Conshocken, Pa., just outside Philadelphia. Depending on your own point of view, you’ll probably disagree with about half of what they have to say.

The argument for FIAs

For Kaplan (right), FIAs are the perfect product for today’s low and potentially rising interest rate climate and for a certain type of risk-averse client. Given his credentials and history, it’s hard to accuse him of opportunism, or to characterize him as a commission-driven product pusher.

“I’m a planner. I do asset management. I’ve also sold variable annuities, fixed annuities and life insurance. I was talking about FIAs, doing seminars and using them for quite a while before the financial crisis,” he told RIJ. “Ten or more years ago, I’d tell people, ‘We’re in the defined contribution world now. The responsibility for retirement has been dumped on you, so what’s your risk management plan?’ The answer was usually, ‘What’s that?’ or ‘I don’t have one.’ Annuities are about risk management. They don’t replace equities. They’re not a panacea. But there’s a place for them.

“Having a safety instrument that has delivered four to five percent a year in this market environment has been great. It’s as simple as that. It’s not a sales thing. It’s about planning. We’re far removed from hearing that FIAs ‘are sold wrong’ or that FIA buyers ‘think they’re investing in equities.’ That was 2005 and before. I don’t talk about them that way or use them that way.

“There’s a place for these things, particularly for the direction in which things are going. I say, ‘You can afford to give up a lot of upside with these products because you don’t have any downside.’ They’re more appropriate if you can handle a longer holding-period.

“We can pontificate about the need for growth and the importance of equities. But in most portfolios, there’s a place for safety and guarantees. There’s a set of clients that derives comfort from these products. I have clients who are very sensitive to the risk of rising interest rates. In the past, they might have been in bond funds. I like being able to offer them something that won’t generate losses.”

Regarding specific products, Kaplan likes the Allianz 360 Annuity. One of its index options is the Barclays U.S. Dynamic Balance Index, a managed volatility strategy that moves assets back and forth every day between the S&P500 Index and the Barclays Capital U.S. Aggregate Bond Index, depending on whether market volatility is down or up, respectively.

As for crediting methods, “I tend to do more annual point-to-point,” he said. “But I’ve also used a blend where I put a third of the assets into annual point-to-point, a third into monthly sum and a third into monthly average. They all seem to have ended up in a similar place. I tend to focus on the S&P500. I haven’t seen anything that convinces me that there’s an advantage to other equity indices. You can get crazy with this stuff.”

The case against FIAs

For Keller (below), the FIA story does not appear to have changed all that much from 2005, when lightly regulated intermediaries were caught making deceptive claims about high-commission, long-surrender-period bonus indexed annuities to 80-year-olds at lunchtime seminars. He can hear it on drive-time radio any day of the week. And he takes it personally.

“In our area, aggressive people advertise on the radio. They advertise the ‘Crash-proof Retirement’ on the air, in fliers, in the newspaper. They tell people to ‘protect yourself against financial professionals with high fees’ and claim that they have a ‘no-cost guarantee.’ Please,” he told RIJ recently. “There’s good and bad in any type of investment. But securities have the advantage of being regulated so that representatives can’t exaggerate their benefits and must present the facts. Insurance agents aren’t as heavily regulated. They have more leeway in what they can call themselves. They’re not subject to as many disclosures in their advertising or brochures.

“I’m not closed-minded. I was at Penn Mutual in 1980 when we created the Diversifier annuity. I’ve reviewed indexed annuities many times. We still review them. They’ve added some living benefits, which I like. But they’re very complicated, and they’re missing some things. A secure retirement requires more than a one percent return. The FIA returns won’t keep up with the cost of living.

“For a small portion of assets, they may be appropriate, but not for more than that. If I have a risk-averse client who wants a CD alternative, that’s where I’d use it. We’d look at contracts that follow the ‘10/10/10’ rule. [Maximum 10% commission, maximum 10-year surrender period, maximum 10% surrender penalty.] But because of the surrender periods and the [issuers’] arbitrary ability to change the rules, I wouldn’t want to lock a client into a even a 10-year product.

“Last year, I had an event at an Iron Pigs [Phillies Class AAA minor league] game in Allentown and a guy said, ‘Check out these things for me.’ He had $500,000 or $600,000. Someone was trying to sell him an FIA with a 10-year surrender and a three percent earnings cap. I said, ‘This isn’t very good. Your financial plan requires a five or six percent return.’ This was in July 2013, when the market was headed to a 30% return for the year. The contract was already submitted to the insurance company but he had a 30-day [free-look period] and cancelled it.

“These products are still being mis-sold. Agents are still taking advantage of seniors. They’re saying ‘stock market returns without the risk of the market.’ They need to be regulated because they’re giving financial advice and they’re talking about indexes. I can’t make up my own designations like they can.”

They think the smears are unfair. They’d almost certainly agree that bad publicity is bad for business. Both might also agree that FIAs are appropriate substitutes for bonds, not stocks. But they would probably disagree on the breadth of clients for whom FIAs are suitable or appropriate. On the important matter of whether FIAs are still widely “mis-sold” or not, they don’t seem to agree at all.